The SIMPLE tool, a new single atom implanter, has arrived at Surrey this week.  The tool should allow the injection of single atoms of a range of species into practically any substrate with a target accuracy about ten nanometers. The tool is unique as it will be capable of counting the atoms one-by-one as they arrive, whereas traditional implanters can only implant single atoms by trial and error – the means that you only get the desired single atom a third of the time, and a third of the time you get none and another third of the time you get more than one. The SIMPLE tool (which stands for Single Ion Multispecies Positioning at Low Energy) will start by implanting bismuth atoms into silicon crystals for quantum information “qubits”, where information is held in superposition states so the bismuth atom is spinning both clock-wise and anti-clockwise simultaneously, in a collaboration with the silicon quantum technology group at Surrey (known as the ADDRFSS team). The tool has been developed by Ionoptika and Surrey, with Surrey doctoral student Nathan Cassidy who spent the first couple of years of his study at the company. 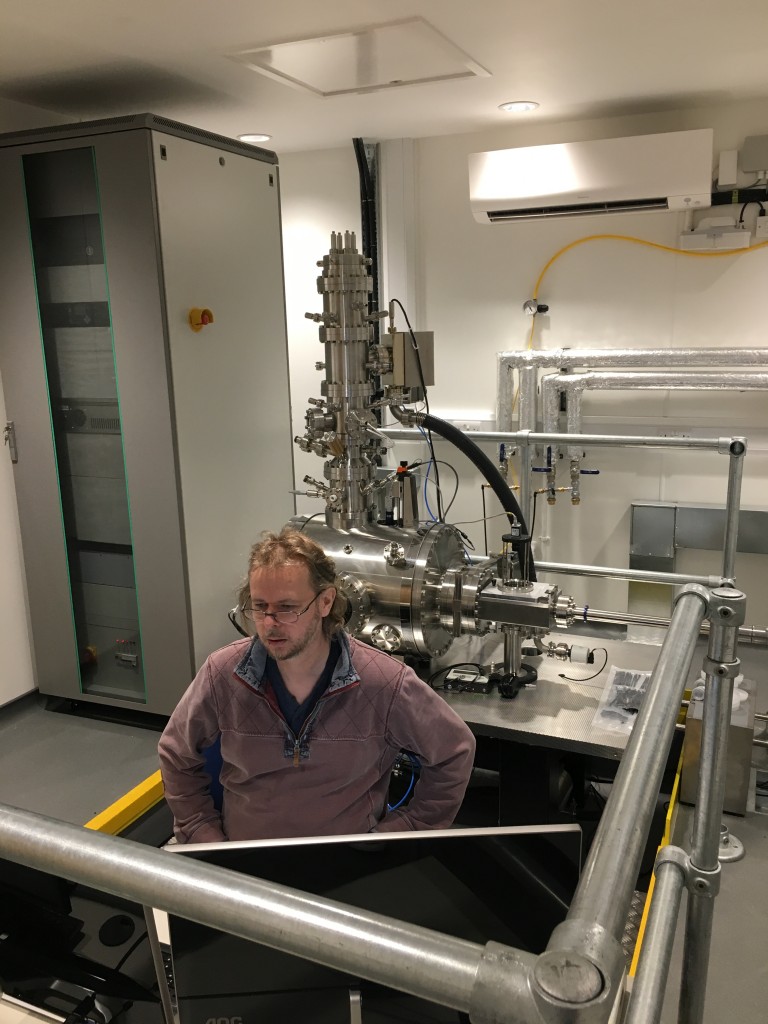 Dr David Cox, a focussed ion beam expert from the University of Surrey and the National Physical Laboratory performing commissioning tests at the console of the new SIMPLE tool in its new laboratory at Surrey.